What is the Future of Solar Panel Incentives and How will It Impact you?

After years of happy days with reduced costs of solar panels and solar power batteries, the Australian government plans to withdraw government grants for solar power for households and businesses (details shared in this write-up). Further, we will also explore solar power incentives offered previously and how the new ones will impact the solar owners.

Different Levels Of Solar PV Incentives By The Australian Government

Through the years, solar panels and their components have become cheaper- thanks to the allotted government incentives for solar panels. But now, fossil fuels supporters and politicians are constantly pushing towards reducing or abolishing these solar panel incentives.

As a result of such opposition and the absence of clear Federal policies – the future of some programs already seems bleak. But for solar panels particularly, the trend has shriveled up quite completely.

Feed-in tariffs, one of the ongoing benefits that allow rooftop solar owners to sell power into the grid – have already been reduced against different Australian states. The utilities being offered went from 40c and 60c to 6c and 17c.

Although unlikely to change soon, NT Power and Water’s generous Northern Territory “1 for 1” feed-in tariff (FIT) can be modified with just 90 days incentive notice. Technical issues limit the Power and Water’s ability to quickly reduce FIT but are expected to occur within a few years of completing the deployment of updated meters.

We also know that the $1,000 NT Smart Energy Grant per household home solar panels will be phased out soon. Unless an alternative system is introduced, it will gradually be disposed of by the end of 2022. The installation of the Federal Small Technical Certificate will also be phased out at about 7% annually and is expected to end by 2030. They’re being asked to speed this up, but politically it doesn’t seem to be the case.

What Will Happen If The Incentives Are Withdrawn?

In a sense, the day when solar power incentives and subsidies (except for some feed-in tariffs) will be abolished will probably be the day we all should applaud while breaking the bubble bottle. This is because solar panels, along with other major renewable energies – meaning that they have genuinely matured as the most advanced, most affordable, most economical, and most desirable energy source.

Not only does it save us all money, but it also means that we have made great strides in reducing carbon emissions and the effects of global warming and will continue to move forward.

Also, if the solar array does not generate enough surplus, you can charge the battery off-peak from the grid and draw power from the battery during peak hours.

The payback time on the system will be longer – but if you are all set to enjoy significant savings over the upcoming 20 years and plus, are you really going to care about these incentives?

The future of solar panels is subject to several changes and revisions on the requirements of people and pressure from the opponents. Because of such reasons, the government keeps a part of the incentive while reducing the other – making both sides happy! But being a home or business owner, these revisions can be pretty difficult to keep up with.

So, let us help! Oneroof solar is the best solar system installer in Darwin who keeps up with all incentive news for you. Our products are always updated and changed according to the amendments made by the government. So, if you wish to avail of these benefits, check us out, or get in touch with us at 08 89430653. 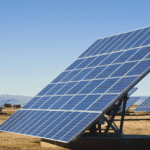